The Ostracon: Dispatches from Beyond Contemporary Art’s Center, an arts writing site by Nicole J. Caruth and Paul Schmelzer, looks at figures and ideas outside the mainstream of contemporary art—from public policy, indigenous rights, and folklore to community organizing, historic preservation, environmental science, journalism, and food justice—that may offer insight into new forms of making art that are more responsive, relevant, and connected to the way we live now as individuals and communities. Taking its name from the pottery shards used in ancient Athens when voting to ostracize community members, the site aims to celebrate, instead of push out, voices from art’s periphery.

What to do with a broken democracy: Ostracism and other lessons from Athens

Just days from the most consequential presidential election in modern times, the brokenness of the political system of the United States could scarcely be more evident. But how to mend the fractures in our body politic? In a bit of poetic irony, perhaps the solution can be found through more brokenness—in particular, the shards of pottery from which this site takes its name.

With a monumentally important presidential election upon us, the brokenness of the political system of the United States could scarcely be more evident. On one hand we have a president, accused of coddling white supremacists and influence-peddling from the Oval Office, who has consistently defied historical precedent, the law, scientific consensus, and common decency (not to mention the will of voters). On the other, the opposition party has seemed ill-equipped or structurally unable to serve as a substantial counterweight. Further, it could be American democracy itself that is breaking apart: Donald Trump has said he may not abide by the results of the 2020 election, and his surrogates, including Sen. Mike Lee (R-Utah), appear to be unconvinced of the value of non-autocratic rule: “We’re not a democracy. Democracy isn’t the objective; liberty, peace, and prospefity [sic] are,” he opined in a pair of tweets on October 8, 2020.

How to approach such brokenness? In a bit of poetic irony, perhaps the solution can be found through more brokenness—in particular, remnants of the work of artisans, the shards of pottery this website takes its name from.

In the 5th Century BC, the Greek city-state of Athens brought the world its first democracy. Deriving from the Greek terms for people (dêmos) and power (krátos), it was a system of direct representation in which male citizens over the age of 20—women, foreigners, and slaves were prohibited from participating—would gather regularly at the Agora, on a hillside near the Acropolis, to tend to community concerns and vote on issues of the day. Once a year this convening, the ekklesia (Anglicized to ecclesia) would hold a special vote meant to hold rulers and other citizens accountable for their actions. This practice of removing real or perceived wrongdoers from political life for a time, which gives us our modern-day term “ostracism,” seems to have been created around 507 BC, according to references in Aristotle’s The Constitution of the Athenians, following the city-state’s rule by tyrants—a series of autocratic rulers who assumed power unconstitutionally—from around 560 to 510 BC.

Here’s how it worked: If a quorum of 6,000 was reached, a fraction of the total population of between 30,000 and 60,000 at the time, and a simple majority voted in favor, a second vote would take place two months later. But paper ballots weren’t used. The closest thing, papyrus, had to be imported from Egypt, so a more common material was recycled: bits of broken pottery called ostraka (often spelled ostraca or, in its singular form, ostracon). In this second vote—again, after a quorum had been reached—voters would scratch the name of a citizen onto a potsherd, someone they believed showed anti-democratic leanings or had otherwise earned public contempt. After all the shards were gathered, votes would be tallied and the individual whose name appeared most often would be required to leave Athens for 10 years (or face execution). Upon their return—presumably having had time to think about what they’d done—all would be forgiven: they could return to the community, seek public office (if so desired), and resume ownership of property or possessions (welcome back to Mar-a-Lago, Mr. Trump!).

“One important feature of ostracism was that it did not require a formal charge,” James Sickinger, an ostraka expert and Classics professor at Florida State University, told me. “It was an extralegal or extrajudicial procedure. There was no indictment, and as far as we know there was no formal debate when it was time for a vote. There was not even a formal list of candidates or potential victims. Athenian citizens presumably discussed among themselves whom they wanted to send into exile in the days and weeks before the final vote.”

Those who were ostracized, or sent into exile by ostracism, weren’t always government officials, Sickinger adds, although they often were. “What does seem to be the case is that most individuals who were ostracized were deemed to be ‘too big for their britches’ (my phrase) and to display anti-democratic (or aristocratic) traits, [but] some ostraka actually refer to the sexual practices of their candidates. Others accuse candidates of crimes (like bribery) and possibly treason. There was no precise definition of what made someone susceptible to ostracism, so it really boiled down to strong public sentiment against an individual.”

So, in today’s climate, Trump could be removed from office at the will of the people for any grievance, from showing disregard for the constitution to sexual assault, defaming soldiers and veterans to not paying his fair share in taxes to, simply, telling a heap of lies. Without any formalized system like ostracism in place, the closest thing we have today might be social media–driven “cancel culture,” which, like ostracism seeks to shun public figures as a way of seeking accountability, but unlike Athenian ostracism of yore, seems to leave little room, at times, for redemption for the accused.

In a 2003 op-ed in the International Herald Tribune, the director of Agora Excavations at the American School of Classical Studies at Athens, called for a modern-day reconsideration of this ancient democratic practice, noting that “those in office might not like it, but a return to ostracism would certainly return power to the people and ensure that their voices were heard and heeded.” But in his piece John McKesson Camp also noted several other accountability measures baked into Athenian democracy that merit a second look today: dokimasia, “an examination to check the qualifications of an individual before entering office,” and euthynai, “a formal rendering of accounts at the end of a term of office.”

Reached at his home in Virginia, Camp highlighted two elements of democracy from ancient Greece, “accountability and term limits, both of which are essentially ignored today.” (One new development on the accountability front: last week House Speaker Nancy Pelosi (D-CA) and Rep. Jamie Raskin (D-MD) introduced a bill that would create a commission that would rule on the physical or psychological fitness of future presidents should their removal from office under the 25th Amendment be warranted.)

“The dokimasia presumably checked beforehand that you were an individual in theory capable of holding office: you were not the village idiot, you had not murdered your parents or fondled the wrong young man, etc.,” Camp tells me. “And the euthynai were a built-in part of the deal, a given that those leaving office presumably underwent automatically, so it did not fall to anyone to have to file charges.”

If in force today, these twin practices might have prevented, or at least provided a fair accounting of, the candidacy of a man wildly unprepared for office and a presidency likely to be followed by a spate of potential legal actions related to everything from bank and insurance fraud to sexual misconduct to tax evasion.

But in trying to fix what’s broken, Camp says, it’s ostracism that “the ultimate in accountability.” Were it part of modern American democracy, it’d be “a huge opportunity to ensure that the do-nothing Congress did something. If each knew they were a good candidate for removal next month that might help focus them on the task (any task) at hand.” 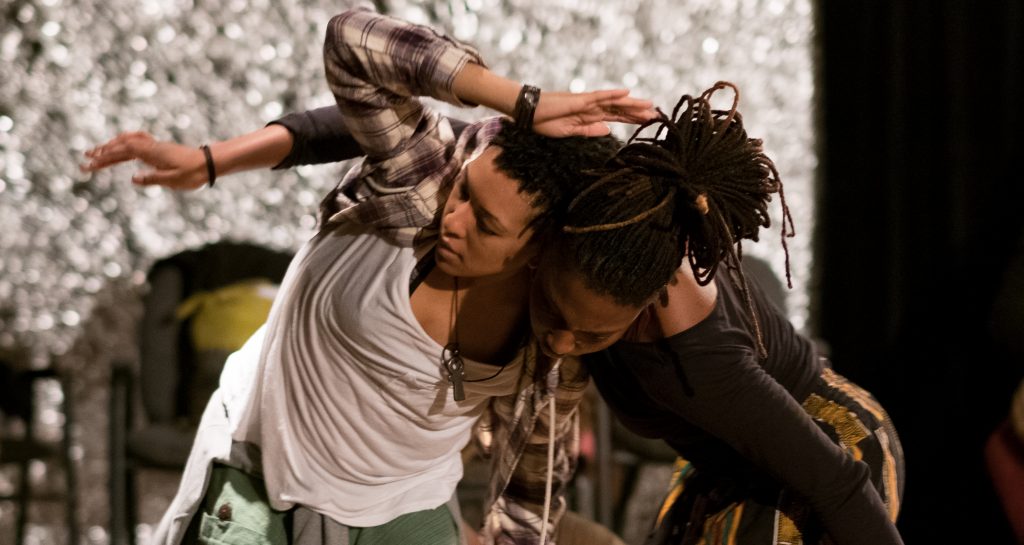 Ceding Power: On Reparations in the Arts 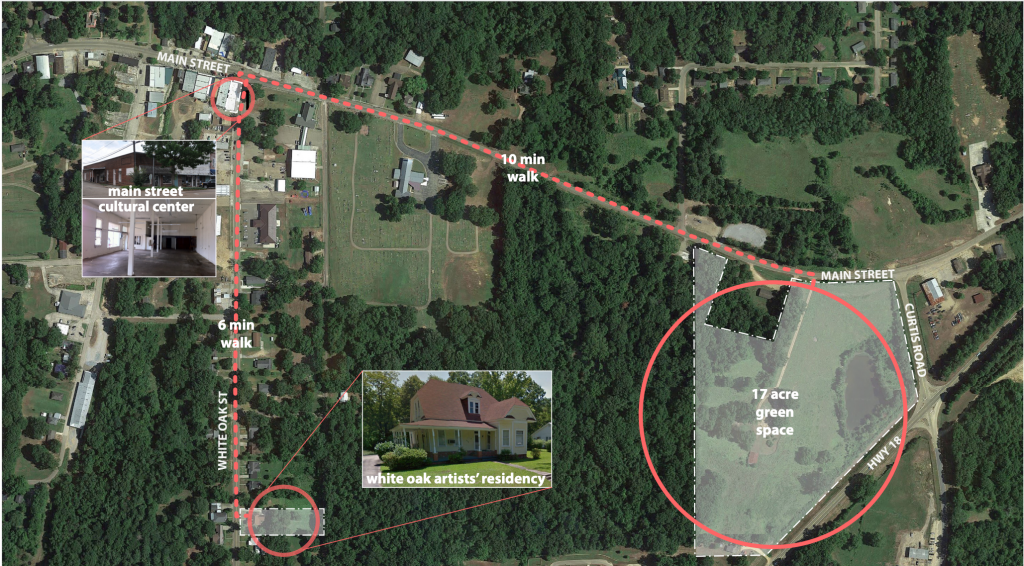 Ceding Power: The Chicken Versus the Pig